Scenario of Blockchain in India 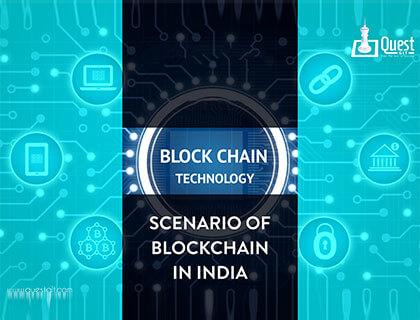 Blockchain are secured by designs and exhibits the decentralized computing system. Blockchain were introduced by the Satoshi Nakamoto in 2008. It was introduced to serve the purpose of the world’s largest crypto currency i.e. Bitcoin.

The Blockchain were introduced to solve the problems of the copying of false data or the modified data when the multiple transactions are involved.  Blockchains for bitcoins were specially designed so that it doesn’t involve the interference of the trusted authority or the central server.

It encouraged the designs of other digital and virtual cyrptocurrencies. For instance – Anycondirect (European Based Cryptocurrency), Cex and Kraken (U.S.A based cryptocurrency).

For example – Let us say that the cryptocurrency like Bitcoin is exchanged into the form of tokens in any area for the promotion. It is a digital cryptocurrency which consists of the banks details for the accountant holder. The Blockchain is designed in such a manner that the details of Bitcoin are processed further without leaking the other details of bank. In this manner, the privacy is maintained in the Blockchains.

Open Blockchains are more user friendly than some traditional ownership records, which, while open to the public, still requires physical access to view.