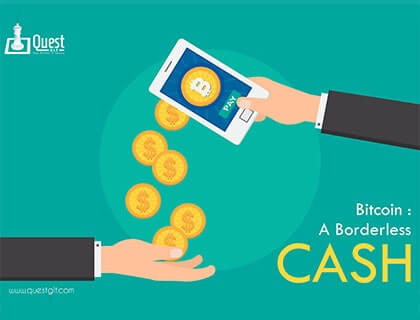 Bitcoin is one of the world’s best-performing currencies, but its inception, rapid ascent and future are shrouded in legend and uncertainty. As a concept, Bitcoin challenges us to fundamentally question the idea of monetary value.A few years after the crypto-currency emerged, Satoshi Nakamoto disappeared entirely, ceasing to respond even to other developers’ messages. But Bitcoin had already taken on a life of its own.Now, with many pondering replacements for our crisis-prone, bank-dependent monetary system, could digital currencies such as Bitcoin eventually supplant national ones? And is the crypto-currency system really so different from the status quo?

South Africa added bitcoin as one of the payment methods to its payment gateway PayFast in July, 2017. When we talk about making payments through bitcoin, it is far more convenient and interesting as the transactions are virtually inst

Does cryptocurrency suffer from the same fate and border restrictions as foreign currency and cash? Is there a special place where bitcoin are “stored/located”? What happens when money itselfis the source of information? What are the geographical and political implications of borderless money? These are the few questions that would probably cross minds of people who are new to this very concept of bitcoin or cryptocurrency. The answer to these questions is: Bitcoins are ‘live on the blockchain, i.e. on a global network, or to state it simply, they are on the cloud. Any transaction does not “transfer” bitcoin to a particular location, instead the ownership is changed. That’s right! This is how ‘borderless’ bitcoins are.

Given the borderless nature of Bitcoin it will be interesting to see how various governments respond in the coming months to what they now perceive as the threat of losing control over the population because of this innovative borderless currency and store of value. Some governments will viciously defend their ability to control the spending power of their citizens (not to mention the taxation question), and things could get ugly.

Cryptocurrency is dominating the world economy day by day and everyone is running behind it for a future profit it will give someday. But the dark side is thatthe criminal minds are abusing the society using cryptocurrency and unintentionally we are supporting them because we can’t do much about it.

Criminal activities are easily possible because crypto-world makes it completely anonymous is a very common myth that exists in everyone’s head. However this myth has stayed since long and will continue to stay because it hides the details of people involved in transaction. There are various cryptocurrencies which are only partially anonymous and add a layer of transparency to it. Hence even though all are running behind this new concept but cash still remains the king of currencies.

Consumers can’t see bitcoins physically and hence can’t spend it like cash. In fact legality of bitcoin is still questionable in India which makes it even more distanced from the common man. But sill how Indians have their own world in cryptocurrency is another level of amazing news to hear. It will be updated in the next blog so stay tuned and spread the link if you liked it.