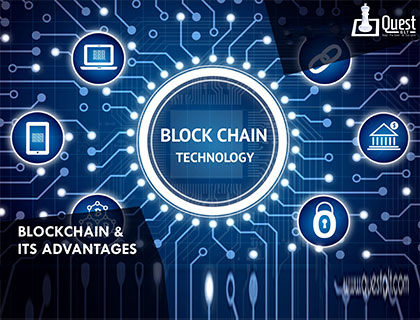 Blockchain The blockchain is a distributed database because every block contains multiple transactions it is also called open ledger of electronic transactions that can be programmed to record, not a just financial transaction but anything of value.

It is very secured technology because it create a direct transaction between two parties not required a third party and every person which present in a chain will able to see the transaction and validate it.

Step1: Party A sends funds to party B.

Step2: The transaction is configured in a block.

Step3: The transaction is a broadcast across the entire network which validates it.

Step4: The block is added to the chain which records the entire non-reversible history of transactions in a public ledger.

Step5: Party B receives funds from party A.